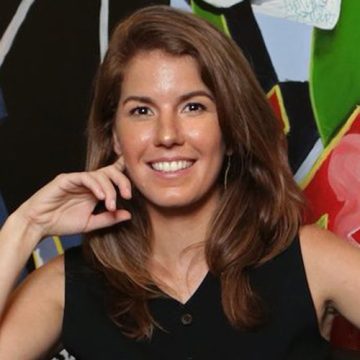 Founder and CEO of AZA Finance

Elizabeth Rossiello is the CEO and founder of AZA Finance, a global fintech company that is accelerating economic growth in Africa through its best-in-class foreign exchange, payments, settlement and treasury services.

Elizabeth founded AZA Finance in 2013 in Nairobi, Kenya. In her previous roles as a rating analyst for global institutions across sub-Saharan Africa, Elizabeth consulted for organisations like the Grameen Foundation, the Bill & Melinda Gates Foundation, and the Acumen Fund. Throughout this experience, she saw first-hand how African businesses and currencies were consistently undervalued and underserved by the “developed world,” in part due to pervasive Western stereotypes about the continent. She realised that Africa’s embrace of financial technologies like mobile money posed an invaluable opportunity to change the narrative. The right company could bridge the financial services gap between G20 and African countries, which would unlock Africa’s trillion-dollar growth through new jobs, partnerships and investment. She decided to found AZA Finance (then Bitpesa) to realise this vision, starting by bringing blockchain and digital currencies to the African market. AZA has since expanded to offer a full suite of FX and payments services across all major African and G20 currencies, powered by its proprietary fintech platforms. To date, AZA has managed more than $2 billion in global transactions for SMEs, global organisations and companies from more than 115 countries. Its incredible mission and growth was recognized by Fast Company in 2021 as a Global Top 10 Most Innovative Company.

Elizabeth is committed to expanding access to financial technologies and global markets. Elizabeth co-chairs the World Economic Forum’s Council on Blockchain in service of this vision, in addition to sitting on the Centre for the Fourth Industrial Revolution Global Advisory Board. She was recently named as a 2021 Bloomberg New Economy Catalyst, a curated group of CEOs and leaders driving development and impact.  She served as a World Economic Forum Technology Pioneer for 2019 and participated as a member of the Digital Currency Governance Consortium. Elizabeth holds an M.A. in International Business and Finance from Columbia University.