How Blockchain Technology and Crypto is Moving Africa Forward

How Blockchain Technology and Crypto is Moving Africa Forward

Bitcoin celebrated the 10 year anniversary of the white paper on 31 October 2018. Every day that bitcoin survives and continues to grow in terms of functionality and usage is a day that the asset is de-risked a bit more. Crypto does not exist in a bubble. Investors who hold crypto also hold other assets.

2018 has been a challenging year for everyone in the crypto space, from asset issuers (the people selling coins), to exchanges and platform operators, to investors (the people buying the coins). While many were predicting the surge of 2017 to continue into 2018, the reality has been quite the opposite. While the recent price trend feels new, in reality, we have been on a steady, sliding downtrend since January this year, when the crypto asset market peaked (in market cap terms); and now the November 2018 Bitcoin Cash fork marked a turning point where some investors decided to finally, as they say, ‘call it a game.’

Over the past few days, the Bitcoin price has stabilised at around $3,400 after dropping to a new yearly low at $3,210 on December 7. The cryptocurrency market has lost $14 billion of its valuation against the U.S. dollar mostly due to the underwhelming performance of major digital assets. The Ethereum price has also recovered slightly by a similar magnitude as Bitcoin, with Ethereum (ETH) recording an eight percent increase from $83 to $90. But, the Bitcoin Cash price remains at its all-time low at $94. Bitcoin and Ethereum continue to dominate the market distribution.

Despite the downturn, blockchain developers continue to develop their respective platforms for wider use cases and global adoption, with special focus on emerging economies like Africa. Blockchain technology and cryptocurrency in Africa have evolved from just a buzz word to more of a developmental revolution. For so long Africa has been on the receiving end of most innovation and technological advancement but with blockchain technology, Africa gets to change these narratives.

The financial sector has seen the majority of blockchain activity in 2018, in the form of payment and money transfers, addressing the huge need for financial inclusion in Africa. The African continent has been no stranger to financial innovation and has attracted numerous companies, who are developing blockchain technology applications.

Binance Labs Director, Benjamin Rameau, has stated that Africa is front and center of the company’s expansion strategy.  Binance Uganda signed up 40,000 users in the first week since the world’s largest crypto exchange launched its local subsidiary in October 2018. Unlike in developed markets where it competes with a flawed existing financial system, crypto has the potential to build a completely new financial system in parts of Africa where to all intents and purposes none currently exist. Access to financial services for saving, borrowing and protection will provide the capital to fund entrepreneurs, provide a safety net for retirement planning and provide disaster relief.The early results suggest a strong appetite among unbanked Ugandans for purchasing bitcoin or ether, the two coins the new Binance unit currently lists. 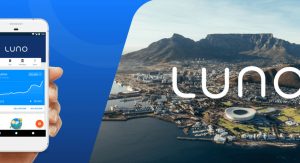 Cryptocurrency platform Luno, which is backed by Naspers and Rand Merchant Investment Holdings, is planning an aggressive push into at least 18 more African countries, says Marius Reitz, the exchange’s manager for SA. Luno, which operates in South Africa, Nigeria, Europe and Southeast Asia, is seeking banking partners across the continent to facilitate its expansion, Reitz said. Luno has more than 2million customers globally. South Africa is its most important market in terms of trading volumes.

Wala, the world’s first borderless, rewards-driven, zero-fee, blockchain-powered financial services platform, is now live in three markets, South Africa, Zimbabwe and Uganda. Users in these three countries can access remittance, savings, value added services, and credit services powered by the Dala cryptocurrency via their smartphones. Wala bridges the gap between the underserved and financial services by giving users access to formal financial institutions wherever they are, whenever they need it.

In the past 5 years, BitPesa has helped thousands of people make 1 million transactions in and out of Africa. BitPesa makes accessing foreign currencies easier. In January 2018, BitPesa became the first African startup to acquire a European company, Transfer Zero, and expanded their infrastructure to offer even more seamless services to customers. CEO, Elizabeth Rossiello, has been named by YahooFinance and Fortune as one of the most promising entrepreneurs transforming business with technology. In June, BitPesa was named one of the most promising Technology Pioneers in 2018 by the World Economic Forum.

In order to reach a larger group of people across Kenya, Grassroots Economics has enabled feature phones with no internet, to have access to, trade and convert their blockchain-based tokens (Liquid Community Currencies (LCCs)) using the  Bancor Protocol. The service is a decentralised liquidity network that provides users with a simple, low-cost way to buy and sell tokens directly through their wallets. This platform is the first of its kind to be USSD/SMS oriented which means that it is user-friendly as it can be used on any phone without needing internet access.  The use of digital community currency is aimed at bridging the financial inclusion gap.

Blockchain Technology and Crypto Use Cases in Africa

It is well-known that cryptocurrencies like bitcoin are one of the major reasons why technology like blockchain is mainstream today but beyond that, there are so many other use cases for blockchain technology. Here are some of the major Blockchain Use Cases in Africa.

DeMars Mobile Money Network is a Mauritius-based startup is working on the first highly-efficient mobile blockchain developed in Africa, which it says is set to see large-scale consumer adoption by 2021. DéMars is a mobile money platform and new blockchain protocol for emerging markets, which is fast, scalable, private, secure and virtually free. It’s also the first of its kind developed in Africa. The protocol is designed for micro-currency exchanges and payments in a distributed and decentralised marketplace. The “Banking as a Service Platform” will reduce the high cost of remittances to and within developing markets and enable access to simple lending, insurance and savings products. This is made possible via a smart contract escrow feature, where users can place a classified advert on the network and trade goods, services and cash with others.

Sun Exchange a blockchain-based solar micro-leasing marketplace. “Solar power is the most promising technology to achieve a zero-carbon future,” said Abraham Cambridge, chief executive officer (CEO) of The Sun Exchange. By leveraging the borderless, decentralised nature of cryptocurrency, Sun Exchange enables practically anyone, anywhere in the world, to buy into their solar projects and receive a stream of monetised sunshine from the power generated by the projects. Through this model, Sun Exchange has built a global community of over 14,000 Sun Exchange members across 90 countries.

South Africa-based Custos Media Technologies aims to fight online media piracy using blockchain technology. Since its inception, the company has been working towards creating a watermarking technology that combats piracy using the bitcoin blockchain.  The problem in Africa is the distribution of film, videos, music and other creative material. The Nigerian film industry is the second largest in the world based on annual production. But this booming industry, with an estimated yearly revenue north of $5 billion, is being crippled by an endemic piracy and corruption problem that is devouring at least half of that sum in unearned profits.
Yes, there are various laws protecting media owners’ intellectual property, but these are poorly regulated. Luckily advances in technology mean it is becoming increasingly possible for filmmakers and creatives to prevent, or at least limit their movies and work from leaking, especially if they can control who has access to it every step of the way. Custos media enables creatives to identify and remove probable content thieves.

About the 2018 Blockchain Africa Conference

Bitcoin Events hosted the momentous and highly anticipated Blockchain Africa Conference in Johannesburg on 8-9 March 2018. This was the fourth sold-out conference hosted by Bitcoin Events. The conference focused primarily on the opportunities that blockchain technology offers individuals and institutions. It looked at how blockchain companies such as Ripple, Rootstock, ConsenSys, uPort, Wala, BitPesa, ProsperiProp, Luno, as well as large tech firms such as IBM and Microsoft are using blockchain technology for identity, cross-border settlements and payments, remittances, financial inclusion, property investment, and Blockchain as a Service (BaaS).

Stefan Thomas, Chief Technology Officer at Ripple, the San Francisco-based blockchain company powering frictionless payments for more than 100 customers worldwide, was the Keynote Speaker at the conference. The importance of ‘smart lawyers’ who understand smart contracts was also an important topic discussed by Alexia Christie from the well-known legal firm Webber Wentzel. Tanya Knowles, Managing Executive of Fractal Solutions, a Division of Strate (Pty) Ltd, talked about how Initial Coin Offerings (ICOs) could radically change capital markets in future. Well-known, local exchange’s CEO Marcus Swanepoel discussed ‘Unbanking the Banked’. This topic is very relevant as the advent of cryptocurrencies and blockchain technology will disrupt financial institutions and allow individuals to transact without the need for a trusted third-party such as a bank.
The conference also highlighted the need for regulation in the ICO and cryptocurrency market. The panel discussion on the second day, moderated by Blockchain Lead at RMB/The Foundery Farzam Ehsani, looked at how cryptocurrencies and blockchain technology should be regulated and what examples of regulation exist in other countries. The panel also discussed whether central banks would issue their own central bank issued cryptocurrencies in future.
Enjoy some light reading on the Blockchain Africa Conference 2018 here.